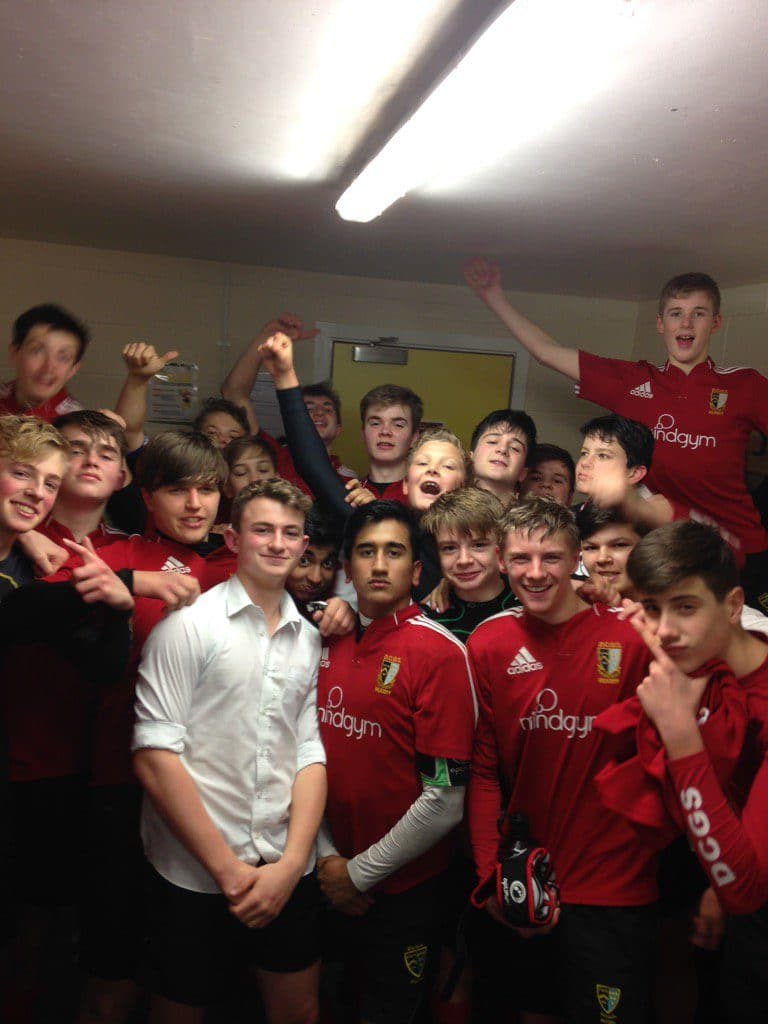 Luker Rowe are proud to sponsor the rugby teams at Dr Challoner’s Grammar School and are happy to report that the Year 10 team have won themselves a place in the Semi-Finals of the Natwest Vase Competition at Allianz Park, Saracen’s homeground.

They played Dauntsey’s School in Wiltshire in the 6th round. Even after a long journey they over powered the opposition and won 31-0.

In the 7th round, they played away again this time to Clifton College, Bristol. In horrible conditions, sideways rain and wind they played excellently dominating Clifton College. The final score of 32-0 winning them a place in the Quarter Final of the competition for the first time in the school’s history.

The draw for the Quarter Final was an open draw, streamed live from Twickenham. Dr Challoner’s were once again drawn away this time to Manchester Grammar who on paper looked one of the “tougher” teams to draw and a team ideally to avoid. The boys and their supporters travelled North, knowing they had a fantastic opportunity ahead of them. Yet again, they started well and scored early but this time it was met with a try in response from Manchester. Dr Challoner’s regained control to go in at half time 17-5 up. Manchester scored early in the second half to make the scoreline closer than it ideally needed to be. Dr Challoner’s continued to play and were rewarded with more scores which helped them to secure a win with a final score of 28-10.

The team are now in the Semi-Finals of the competition, the furthest the school has ever gone in the compeition. It will be either against Bridgewater High or Daveonport High School on Sunday 6th March 2016 at Allianz Park, Saracen’s home ground. The boys will be playing in their Luker Rowe kit. We wish them the best of luck!

“Luker Rowe invest the time to understand our business. This is what we value most in our relationship.”